After two days adrift in the Indian Ocean, three South African men have been successfully rescued from their dismasted yacht.

According to the Australian Maritime Safety Authority (AMSA), the men were navigating the 13-meter yacht – the Jedi 1, from South Africa to New Zealand when the mast broke off somewhere in the southern Indian Ocean.

The men consequently sent out a distress signal that was detected in Canberra at around 7 pm on Thursday. Soon after, a Challenger rescue jet from Perth flew to the vessel and established radio contact with the crew around midnight. It was able to locate the ship 1300 km southwest of Cape Leeuwin, the most south westerly point of the Australian mainland.

The Challenger search and rescue jet is specially modified for rescue missions and has been fitted with top-of-the-line sensors, high vision windows and doors that can be operated even during flight. The jet was able to confirm that the yacht was dismasted and the three crew members wanted to abandon the vessel. The jet also dropped satellite and radio communications equipment to the crew on its second run to the Jedi 1.

Unfortunately, the remote location of the dismasted yacht meant that they had to wait for the HMAS Parramatta to arrive. The Royal Australian Navy immediately sent the frigate HMAS Parramatta after the AMSA asked for assistance. The vessel was deployed at around 2 am on March 18 and arrived at the location of the dismasted yacht about 9pm on Saturday. This was more than 40 hours after it was deployed.

Soon after, the men were soon winched to safety by a Seahawk helicopter. The three are said to be in good health and are expected to reach Albany on Monday. This is the second dismasted yacht rescue the AMSA has coordinated in two weeks. The department was also involved in the rescue of two people whose vessel capsized on March 8 about 400 km north-east of Sydney. 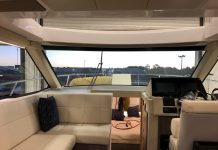 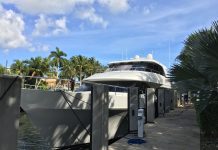 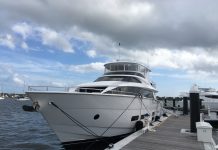