RIVIERA BEACH, Fla.— Tonya Hicks-Brown is at the top of her own game.

She is the sole black woman director enlisted in a maritime academy of America whose works focus on nautical life. Being the principal of the Riviera Beach Maritime Academy, she is acquainted with the responsibilities and duties that came with her job.

She fully knows that she is in an industry dominated by males. Nevertheless, she allows herself to completely embrace the challenges and other endeavors of being an administrator.

Hicks-Brown once declared that she is “excited” about her role in a maritime academy of America because the institution in itself is practically committed to maritime-related science and technology.

She takes pride in being the only black female who was able to acquire the position.

The students in the academy came from a public charter institution which is being run privately. In addition to the school’s main focus in marine life and technology, the students are also being trained in the area of hydro-robotics – the first to be offered in the area.

With enthusiasm and pride, Hicks-Brown claims that they are the first maritime academy in America to present a Robotics Certification track.

The city of Riviera Beach adds up to the unique feature which boosts their maritime industry. It can be remembered that the city is predominantly resided by black people and holds a billion dollar marine market within its own territories. Florida alone is a state making 14.1 billion dollars in marine commerce.

These facts are relative to the reality that professionals in the maritime labor force are needed for further economic expansion. However, the school is set to even have a crucial role to play in the multi-million dollar rebuilding of Riviera’s marine life.

Hicks-Brown has given emphasis on the aspirations of the Riviera Beach district of developing a high-end building which will serve as a marina trade doorway. These are in line with the vision put up by Robert Healey, Sr. when he decided to create the school a decade and a year ago. His vision highlights the development of marine utilities with the help of local students.

This is the main target of Hicks-Brown as a principal of the distinguished maritime academy of America – to produce excellent students who will get high-paying jobs in the future.

Once the students graduate, a lot of them can snag decent jobs in the marine industry. They can be paid a minimum rate of $60, 000 annually. The academy is hands-on in giving them the knowledge that they need. This set of knowledge can help them become captains, or give them an understanding regarding yacht design, yacht and boat construction, and even repairs.

Hicks-Brown boasts that 150 students have already been placed in companies such as Viking Developers and Ryobvich as employees getting $60,000 and above as their starting salary grade. As the chief force in the Riviera Beach’s maritime academy of America, she claims to have an unwavering passion in functioning with vocations.

As the first black woman to play a main role in the industry, she graduated from the University of Florida with a Speech Communication Bachelor’s Degree. She also has a Counseling Psychology Master’s Degree from Palm Beach Atlantic University and a Specialist Degree in Education. The said qualifications are undoubtedly what made her land a prestigious position in a noteworthy maritime academy of America. 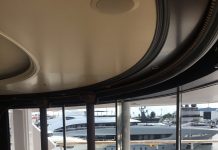 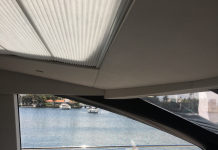 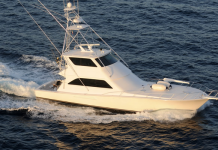